On this page, we have some fun stuff, not only for scientists, but also for anyone who's just dropped by.  No science background necessary!

Some stories about life as a scientist by Prof. Rick Trebino:

A dark and humorous true story of the challenge of publishing a scientific comment to correct errors--even obvious ones--in the scientific literature.  Featured on numerous blogs, this story has been downloaded hundreds of thousands of times.

"You Can't Bring Weapons into a Weapons Lab. Who Knew?"

A true story of the complexities of life at a top-secret nuclear weapons lab, where you can get into trouble much more easily than about anywhere else on planet earth. 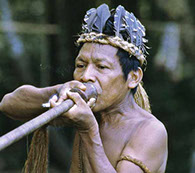 "Fire in a Crowded Theater"

Of course, you wouldn't yell "Fire" in a crowded theater.  But what if there really is a fire, and the only one aware of it is you?  It helps to know some physics.  Not so funny, but a true story.

The true story of a research lab's obsession with safety, and its unintended, and often funny, consequences.

Everyone loves a good acronym.  But what happens when acronyms get out of control?  Read about the acronym obsession in ultrafast-optical pulse measurement and how we almost forgot about what's really important.

"Swamp Optics: Everything You’ve Always Wanted to Know About Ultrashort Pulses, But Were Afraid to Ask"

The interesting story of the formation of Swamp Optics by Prof. Trebino.

These stories by Prof. Trebino appeared in the Lateral Thoughts section of Physics World magazine or in Optics and Photonics News.

By the way, if you're as big a fan of CBS's "The Big Bang Theory" as I am, and you feel that Sheldon (or one of his friends) should have some of the above experiences (especially the Comment) in upcoming episodes, please tell CBS!

Science is an international endeavor, performed in places you might not imagine, all over the world.  Here, Prof. Trebino shares some photographs he and his wife Linda have taken while on travel to conferences, universities, and summer schools (and on vacations).  Just click on the image on the right and enjoy.  If you'd like to see full high-resolution images, let us know.