Very few people realize that most great scientific discoveries are the result of advances in the measurement of light.  But consider these developments:  Nineteenth-century spectrometers revealed atoms’ discrete spectra and led to quantum mechanics. The Michelson interferometer’s optical-phase measurements laid the groundwork for special relativity.  Microscopes have given us biology, and telescopes astronomy.  Indeed, our most important source of information about our universe is light, and our ability to extract information from it is limited only by our ability to measure it.

Emission spectrum of iron--measured using a spectrometer, one of the powerful new light-measurement devices of the 19th-century. Spectrometers revealed that, when heated, different species emitted wavelengths of light (colors) unique to the species.  The classical physics of the time could not explain this, and the rich array of data provided by spectrometers played a key role in the development and confirmation of the most important scientific theory of all time:  quantum mechanics. Indeed, because quantum mechanics has made semiconductors possible, it is currently responsible for the majority of the GNP of the USA! (Image from Wikipedia)

Microscope and telescope images of tiny and huge objects. (Images from Wikipedia)

At the same time, light is also a powerful practical tool in our kit of phenomena for the development of new life-enhancing and life-saving technologies, from medical diagnostics to telecommunications to next-generation computing to navigation (GPS). Again, our ability to utilize this wonderful tool is limited only by our ability to measure it.

So what advances in light-measurement technology would most likely lead to important new discoveries and technologies? Alas, simple short pulses of narrow-band (single-color) light are rare in our universe--or physically impossible, prohibited by the uncertainty principle. Thus, new light-measurement techniques must measure long pulses of broadband light, which necessarily involve ultrafast variations in intensity, which occur on timescales of less than 0.000000000001 seconds!  Such light pulses are also necessarily extremely complex.

To further complicate matters, the intensity vs. time is only half the information present in a light wave. The other half is light’s phase, or color, variation in time. They occur on the same ultrafast timescale and so are also necessarily complex. 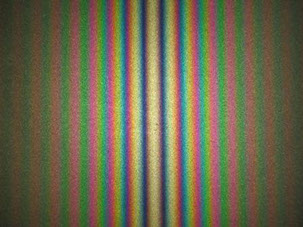 Interference fringes from a Michelson interferometer, which measures the phase of light.  In the late 19th century, Michelson and Morley used this ultra-precise device to accurately measure the speed of light and found it to be independent of the earth's velocity. This was important in Einstein's development of Special Relativity and eventually General Relativity. (Image from Wikipedia) 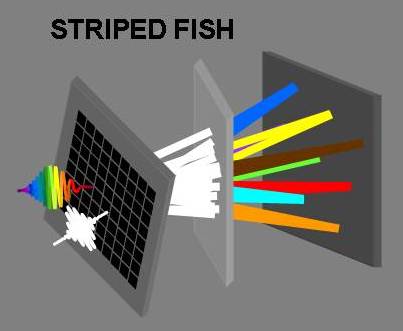 Schematic for a very simple technique developed by Pablo Gabolde in the Trebino group to measure the complete spatio-temporal intensity and phase of even a complex light pulse--on a single shot. It does this by simultaneously making multiple holograms, one for each color in the pulse. This technique has the frivolous acronym, STRIPED FISH.

In addition, as most objects in our universe are also complex in space, so is any light emitted by them.  Indeed, it's light's temporal and spatial complexity in both its intensity and phase that contains the vast amount of information present in essentially everything in our highly complex universe.  And as we seek to understand ever more complex systems, we will need to be able to measure ever more complex light waves.

Finally, the resulting devices should also be simple--not so complex that they're more likely to introduce a distortion than to measure it!

Full-color side-view snapshots of a focusing ultrashort white-light pulse. Color indicates the color of the pulse; the red precedes the blue because redder colors travel faster in the lens. The fringes are due to spherical aberration. This measurement was made by Pam Bowlan, a grad student in the Trebino group, using a technique called SEA TADPOLE. 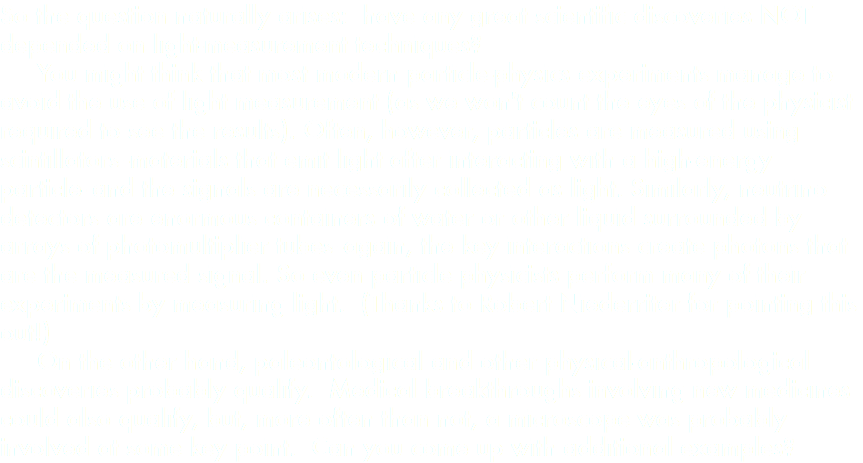